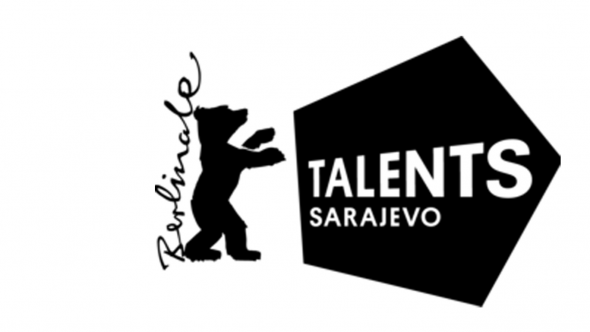 This August I had a chance to participate in Talents Sarajevo 2018, a talent campus within Sarajevo Film Festival. I was looking forward to meeting fellow filmmakers from the region, attend workshops run by many recognised industry professionals, but my expectations were exceeded and it was one of the best experiences for me not only as an actor, but also as a Bosnian.

Although I am travelling to Bosnia every year and I have visited Sarajevo at several occasions, it was the very first time for me to be at the Sarajevo Film Festival and I instantly regretted I haven’t been coming to this event in the past.  I have never seen the city so lively, full of locals, visitors, filmmakers and movie fans, all of them having a great time and sharing their passion for motion pictures. Watching films like Cold War or Dogman in the Open Air Cinema with thousands of people was truly magical.

The whole experience was of course magnified by the fact I was not there only as a visitor, but as a participant of Talents Sarajevo 2018, which is run in cooperation with Berlinale Talents. Throughout the week I had an opportunity to meet and work with fellow actors, directors or screenwriters, who were also participating in the programme. Our workshops were run by several well known and experienced professionals like Hungarian director Gyula Gazdek, Bosnian actor Ermin Bravo or casting director Debbie McWilliams from the United Kingdom, to name a few.

And as some of the talents and people I met were locals or knew Sarajevo really well, they could take the rest of us to the places where locals go – not only to have best ćevapi or burek in town, but also to the hidden gems where locals gather to have a drink, dance and listen to live bands.

It’s not coincidence that Sarajevo Film Festival has a heart in it’s logo. The city and the festival makes you fall in love with it and even though I liked Sarajevo before, this time I really fell in love with it. And I think I was overdue to do that. For me as a person, who was born in Bosnia and who had to leave the country because of the civil war, it has been rather tough to reconnect with my roots and my home country after living in different country for many years. I was born in the year 1984 when Winter Olympics took place in Sarajevo, long time before the festival has emerged, but ten years after the Olympics the country was devastated by the war and Sarajevo became more known because of the horrifying images in the news. I am now very glad and I feel very proud that Sarajevo has taken it’s place on the world map once again and I can’t wait to be back in the city for the festival next year.

I ended up my road trip around California in a beautiful La Jolla, where I…